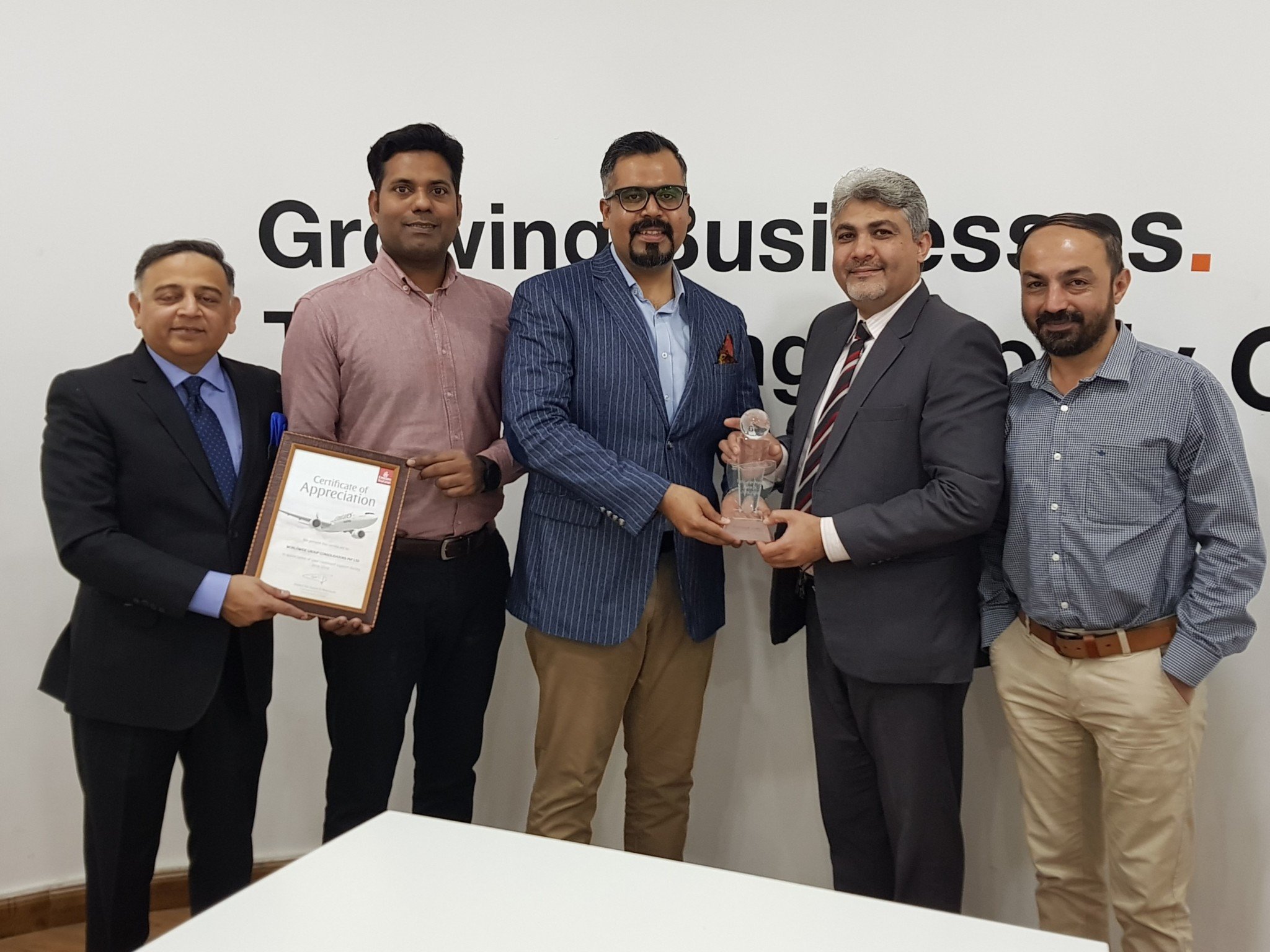 By Richard Charles February 18, 2020 No Comments

Delegates from the airline visited WWG Consolidators’ office in Karachi, Pakistan, and presented staff and senior management with a certificate recognising the forwarder’s achievements in air cargo.

“We are very proud to receive this award from Emirates SkyCargo, and I would like to thank all our staff and partners in WACO for helping us to achieve this honour,” said Hassan Madni, Director, WWG Consolidators.

Dubai-based Emirates SkyCargo is the largest international airline operator in the Pakistani airfreight market, that is dominated by Middle East-based airlines.

“I would like to congratulate WWG Consolidators, WACO member for Pakistan for their success in achieving this award,” said Richard Charles, Chief Executive Officer (CEO), WACO.

“WWG Consolidators is a proactive member, and the company works closely with their partners in WACO to create opportunities and strengthen our network worldwide.”

As Pakistan enters a phase of greater political stability, airlines from outside the Middle East have started opening new direct routes to the country, boosting capacity and spurring development.

“Air cargo in Pakistan has been on the up, with airlines opening new passenger routes to the country, increasing belly cargo capacity,” said Madni.

“The USA / China trade war has also helped us achieve increased volumes, as manufacturers relocate to Pakistan from China, especially in the textile industry, exports from the country are also growing.”

WWG Consolidators has offices across Pakistan and offer ocean, air and land logistics services including warehousing,

The WACO System is a network of independent freight forwarders that facilitates cooperation and growth for its members, expanding their reach and opening new business opportunities across the world.