Based in the Colon Free Zone, with additional offices in Panama City, General Cargo has over 20 years experience in consolidation, transfer, storage, distribution and cargo handling.

“We are pleased to have such a strong player to represent us in Panama,” said Richard Charles, Executive Director, The WACO System.

“We are continuing to expand our global footprint, and Latin America, where we have just welcomed Universal Cargo as our Mexican member, is an important focus for us.”

The WACO System holds two meetings a year facilitating hundreds of bilateral meetings for members. The next event will take place in Rome in April 2015. 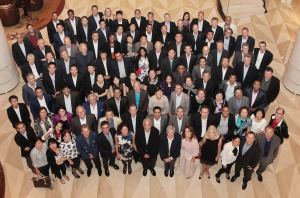 Sixty eight WACO members took part in the last General Meeting in Xiamen, China where new members were welcomed to the network, including MC Easy Freight in Madagascar, Jet Cargo in Uruguay, WorldNet Logistics in Mocambique and Worldnet Logistics in Namibia.